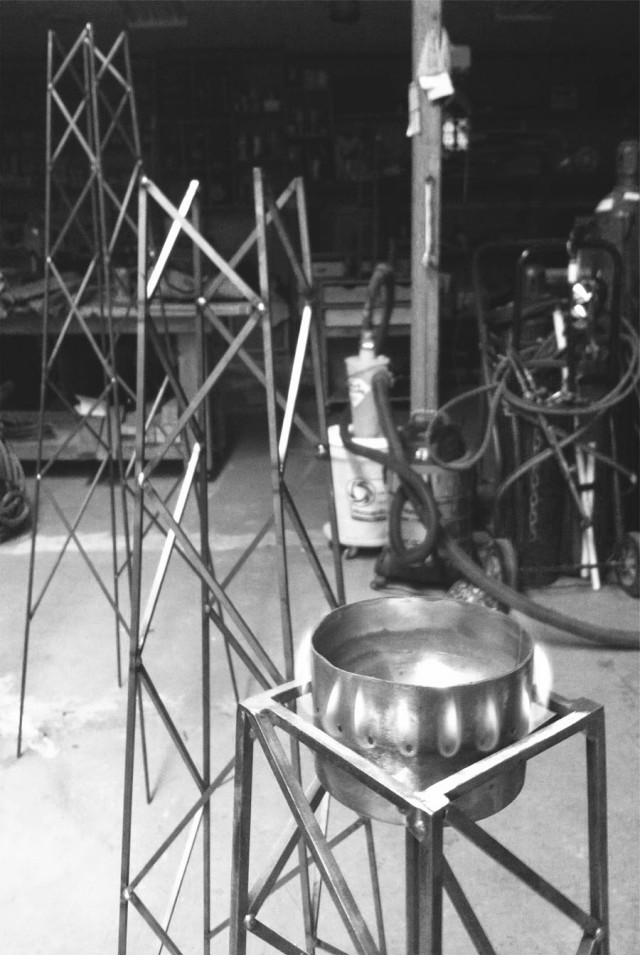 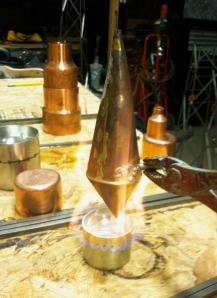 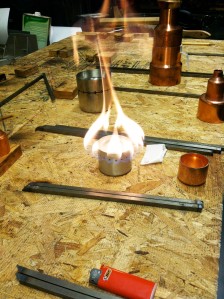 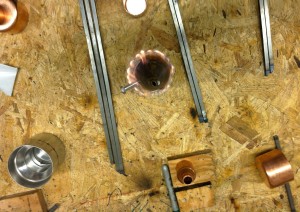 BACKGROUND: The beginning of a process started in late 2013 on a series of ‘Steam towers’.  In 2010, while finishing my MFA at the University of Delaware, I was researching the history of technology through out the ages only to find inspiration in the works of Hero of Alexandria from 1 a.d. Hero produced these wonderful inventions only portrayed today through descriptions and drawings from his notes. He built these fantastic and almost whimsical machines that ran off of steam that performed entertaining task such as opening doors when a alter fire aside them was lit. This play sparked the ingenuity that some 1200 years later became know as “useful” steam power. Using this platform I started a series of works that performed simple but useless tasks as working ‘machines’ in late 2013.  These images are studies of heat sources to power my designs which ended up being stoves run on denatured alcohol, homemade versions of the type that hikers use at high altitude.